Who hacked my life - system? 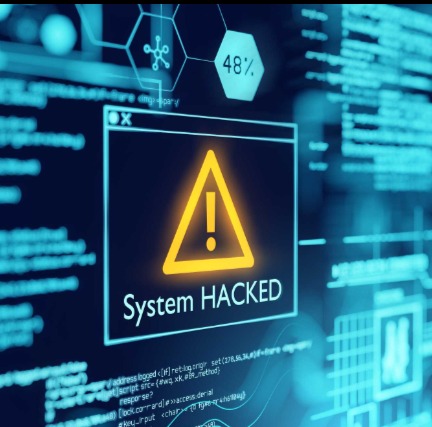 Who is running my life? Is my life pre-programmed

Are you ok to de-bug your system.

‘I have prepared myself to protect my mother at any cost since when I was five years old. And now I am still doing that at the age of forty. In the process, I didn't even know what I had lost..’

Niraj, (Name modified) a senior executive in a software company came with a challenge in his relationship with his wife.

The relationship was moving from bad to worse. The image of his wife produced toxic emotions and he felt that his wife was not only abusing him but also his mother.

He had previously attended individual, family and group counseling sessions. Being a senior executive he had applied many of the relationship skills he learnt as a part his executive training to see if he can bring in more cooperation from his wife and instill peace Nothing worked.

When he met me he was more remorseful that his mom is being abused than him. He said that he is ok with his relationship with his wife not getting along well but was not able to tolerate his mom’s apathy.   Advising, seeking cooperation did not seem to work

When he moved into deeper states of consciousness with guidance, he went back to a time when he was five years old. His mom was being verbally abused by her mother in law, his grandmother  She was helplessly complying to the demands of her mother in law.

Niraj, had tried a few times to speak on her behalf as a child but as he grew older he started fighting vehemently protecting his mom from his grandmother.  His father had little power over his mom, and hence the mother in law had a full say.

If you see many things had happened to him as a child that had programmed his psyche:

The relationship between his mom and dad had not been great. Dad had been in a traveling job, less time at him and his mom at the beck and call of his grandmother.

His dad had less power over his mom and felt powerless in her presence. He could not stop the abuse.

Niraj, took the responsibility of protecting his mother and had learned behaviors  to protect and seek resolution and justice to a person who he loved, ie his mom.

To be ok with a not so great relationship with spouse (compromised relationship is fine and that is how relationships could be) Being powerless in the presence of another woman.

He becomes powerless in his wife’s presence, yet still argues on behalf of his mom with his wife, but is rarely able to win as his mom is old and cannot take tantrums from his wife when he is absent.  Becoming powerless is also a learned behavior.

Powerlessness, poor relationships and a life with toxic emotions have been learned state since his childhood, Relieving key moments of childhood and releasing emotions over a period of four sessions healed and helped him release guilt and anger: the emotions triggered by his grandmother, who is now no more.

He is relatively free from core decisions of his unconscious deeper motive to protect his mother. A motive that invited the opposing behavior from his wife.  His wife is calmer now.

He spends more time at home a break from the pattern of his dad who spent less time at home    Actually I have never met his wife but she has become calmer and Niraj has started healing.

As you can see through, at a superficial level the issue was between him and his wife, the real programing was deep.

His inner chemistry and neural system was wired to seek resolution for his mother,  Resolution from whom;

From His Grandmother who is no longer alive.  Yet the program keeps running. Grandmother was replaced by his wife.

His wife was chosen by his mom when he was abroad. He agreed to marry without even seeing her. Now who ran his program!

As long as unconscious forces from within you keep running the program, life may become more and more difficult to manage: Consuming time and energy.

The battle may never end as the root of the battle is at a different place, a deeper level.

While most may remember incidents that happened as a child release and progress happens when the de-cathecting happens at a deeper level.

Hypnosis is a tool which when administered with guidance can help you recover parts of you that are still fighting a battle that does not exist. Altered states of consciousness is a valuable to explore, identify, release and reprogram life for the better.

We will discuss more.