Past Life Regression is resolving the past the interferes with the present - How do wounds of past open up?

Arun, 24 years old, was employed in a software company. He had severe gastric challenges. He had undergone all possible interventions. There was excess acid in the stomach that was eroding the stomach lining. Causing pain and irritation. Tablets and syrups were becoming ineffective. He was not able to concentrate in his job.

The challenge started when he was 21. The time when he was about to complete college. When asked in more detail, he shared that he came to know that he was an adopted child around that period. He was angry.

Adoption was with mutual Consent, yet... 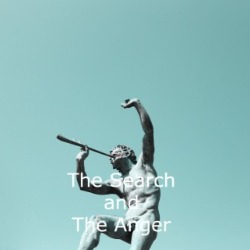 The Bondage with the mother is primal. Appropriate intervention to heal the separation can heal. That is beyond the scope of the conscious thinking mind. When the search comes from the past, it has more energy..."

Past Life Regression is resolving the here-and-now challenges by accessing the deeper states of mind. Unlike most think, clients become super- alert yet still in deeper states. Please Click to know more.

The intense heat in the ears - churn in the stomach

On regression, he saw himself in a time and space as a large unmoving manly image in a desert. As we explored further into the scene, he experienced intense heat emanating from his ears with a severe headache. He had died as a nine-year-old child in a sandstorm. He saw it like a huge wave of hot sand that burnt him to death. He had died wanting to see his parents. We explored and relived most of the intense moments that lead to death. The image that he saw was the projected image from his past life, which was still wanting resolution. As a child, he was not ready to believe that he had died. So he had just been there and that image led to the whole of his experience. Death associated with trauma shows up in many forms. The decisions taken then are powerful. It shows up as deep pain.

As we moved into the current life, at the age of around 8-9 he was in his room reading. He overheard his cousin ask his mother,' Have you told Arun that he is your adopted son?". His mother scolded his cousin for asking this question and told him that he is our son and not to raise this topic again. Yet as a nine-year-old, Arun had experienced intense churn in the stomach with fear and confusion within him. He did not take any action on that, as the fear of knowing the truth was too high. He convinced himself that it was all a story and thought he left it. Yet the body may not forget. The mind, in the body, did not. It waited till the age of 21.

At the age of 22, it again opened up in a different situation. He was an adult. His adopted parents were old. Unconscious knows that they are more dependant on him. The child in the adult sought vengeance from the adopted parents and biological mother. It was justified. Yet the inner child did not know that nothing can be done about the past. The inner child was being operated by a deeper pain. The adult was pulled by three key forces.

1. Love toward parents who brought him up and the love biological mother - The conscious mind knows this yet unresolved anger

2. The churn that started at the age of 9. Feelings of insecurity, fear on hearing the words of the cousin opened the pain of death and search for the parents.

3. The forces and tendencies that led him to a life that will relive the same experience of separation in a different time and space, from a different context with a goal of achieving the goal of uniting with parents.

Though he was born to parents, the program chose parents who would give him away and the program of searching continues.

Three sessions of work related to this life, gradually reduced the heat in ears, pain in the head and the churn and irritation in the stomach. He is now able to eat normal food. He is continuing medicines but the intensity of disease has come down.